Love and Honour by Izzy Posen

“Mmmm, this is some good meat!” Jasmine remarked as she returned her fork to her plate ready to dig in again as soon as her mouth makes some space.

Her lover, Chris, was sat across the small, round table, his knees enveloping hers. “He was a good man,” he said with a nostalgic look in his eyes, staring at the two flesh-covered ribs lying just in front of him.

“So lovable,” she responded after swallowing a particularly chewy piece of the smoked meal. “I miss him already. I don’t know how I’ll manage to cope once he’s completely gone!”

“Well, let’s not worry about that now. We have good memories and tasty meat. Let’s make the most of him while he’s still with us.”

He grabbed one of the ribs and broke off a chunky piece. Wrapped in lettuce he dipped it into the small bowl of BBQ sauce situated halfway between him and her.

“You know,” he said after several minutes of silent eating, “a friend of mine told me today something really shocking. Apparently in the West they leave their dead to rot in the ground. Eww!”

“God forbid! That’s so depraved!” She pushed away her plate and looked angrily towards Chris. “Did you have to tell me this whilst I’m eating? I lost my appetite now, thank you very much!”

He regretted bringing it up. She was right; that is a fairly revolting thought. All day it had been bothering him and he hasn’t been able to take it off his mind. The picture of placing someone to disintegrate in mud would have disturbed him at any time. But it especially sickened him now, given his own recent loss.

Chris’s dad, David, had just passed away a couple of weeks earlier. He and Jasmine found it very difficult to deal with it, but they found solace in the honour that they could give to his body. They tenderly cleaned him and decorated him and lovingly stored him away. Of course they miss his smile, his positivity, his energy. But at least they would still see him daily - at least for the near future. They calculated that he’d last for at least 5 months if they were sparing.

Jasmine was visibly shook by what she had just heard. “That’s disgusting!” she kept on repeating. “Why would anyone do this to a human being, let alone a loved one?”

“I always knew that they were morally depraved in the West. If that’s how they treat their dead, they probably don’t treat their living ones much better.” He had lost his appetite too. But he wouldn’t leave any meat uneaten - not his dad’s meat.

He finished and put the remainder of her portion back in the freezer, next to where the head, arms, one leg and some remaining ribs of the corpse were stored.

They retired to their room for the night.

After exchanging some anecdotes of their respective days at work, they managed to distract themselves from the thoughts that had so disgusted them earlier. She put her arm around him and lovingly kissed him on the lips. With soft, tender strokes his fingers fondled her left nipple, lightly stimulating them as he goes back and forth, up and down, round and round.

“You know what,” he said, groping her breast as he talked. “I am so lucky that we do not live in the West.”

She opened her eyes, as if emerging from a pleasant nap. “What do you mean?”

“I wouldn’t be as lucky to have you if we lived there.”

“They disapprove of romantic father-daughter relationships there.” 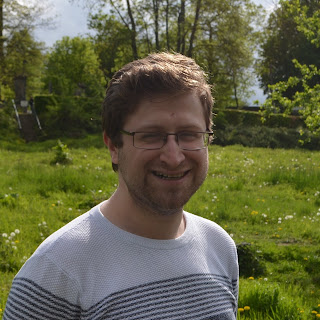 Izzy Posen is a student of Physics and Philosophy at the University of Bristol. He likes to think about moral and normative reference frames and the philosophical absurdities that arise from shifting perspective. He sometimes expresses these thought experiments in short pieces of fiction.

Check out Izzy's blog
on July 20, 2019
Email ThisBlogThis!Share to TwitterShare to FacebookShare to Pinterest