blue balls at the end of humanity by e.a.b.

BLUE BALLS AT THE END OF HUMANITY

i used to be terrified of nuclear war
some sadist showed me protect and survive
when i was eighteen, it fucked me up
maybe antibiotic resistance will get us
or a big, tasty comet
crash
bang
wallop
what a way to go

i think kim jong-un has stood me up
motherfucker 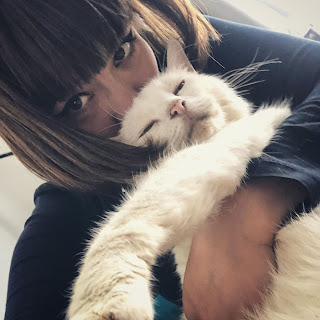 e.a.b. is a writer from Tottenham, north London. A graduate of the Courtauld Institute and former editor of Freedom newspaper; she owns an extensive collection of Princess Diana memorabilia and is married to her cat, Scooby. Her new poetry magazine, G.O.B., is due for publication at the end of September 2019.


on September 09, 2019
Email ThisBlogThis!Share to TwitterShare to FacebookShare to Pinterest