The worlds you create implode when
you’re free to wander through the streets…
inside a cell you find your voice
for it’s an endless universe
and you have pushed its wall apart
threading the bars with red roses
transforming men with cold, hard eyes
into gentle and loving souls
infused with femininity
with tattered animas restored… 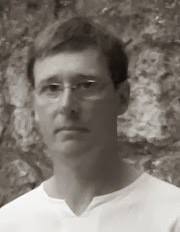 R J Dent is a novelist, poet, translator, essayist and short story writer. He has translated Charles Baudelaire’s The Flowers of Evil (2009), and Le Comte de Lautréamont’s The Songs of Maldoror (illustrated by Salvadore Dali) (2011) to critical acclaim. His poems, short stories, novellas and essays continue to appear in numerous magazines and journals.