The Thing that is not a Thing by Jared Pappas-Kelley

THE THING THAT IS NOT A THING

The Thing that is not a Thing - film on Vimeo

To understand the destroyed art object, or any object, we need to learn what is portended. The art object burns with its own fire, self-immolating—strikes match, held to vestures, negating the action that seeks to make a changing world seem fixed. From inception revealing an architectural flaw: to be fixed and yet change with the moment. We wonder when art is destroyed, as if through some tethering of flux into fixed object—a thing becomes undone … or rather is shown to never be “done.” Thus what we see in the destruction of art is a circumventing of an action that attempts to make fixed. Thereby, the art object houses a negation in striving to be something it is incapable of—to leap outside of time and still inhabit the moment, while unable to sidestep attempting. The compulsion is a human bid to inoculate and make fixed the moment, yet to be outside—but through this it ravages. Here is the legacy of the destroyed art object, to be a thing that is not a thing, to be both house, ruin, and fire. Art makes and undoes, and yet we must wonder at what point the thing becomes destroyed? 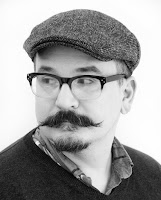 Jared Pappas-Kelley is an artist and writer. His newest book Solvent Form: Art and destruction was published by Manchester University Press and his art has exhibited internationally at places such as San Francisco MoMA, Mass MoCA, Five Years in London, Islington Mill, and Glasgow International as part of the National Review of Live Art.