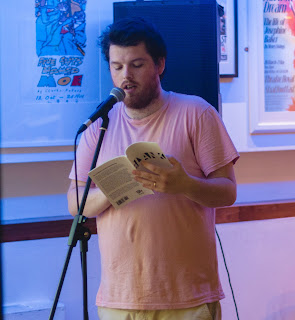 Jake Wild Hall is one half of Bad Betty Press and winner of the PBH 2016 Spirit Of The Free Fringe Award. He has performed on BBC Radio and at festivals and literary events across the UK, including touring his debut pamphlet Solomon’s World. His new pamphlet Blank is out with Bad Betty now.

on March 29, 2020
Email ThisBlogThis!Share to TwitterShare to FacebookShare to Pinterest