Can we please have sex right now? by Jack Houston


CAN WE PLEASE HAVE SEX RIGHT NOW?

said the Prime Minister to the public
relations executive, but it isn’t funny,
in fact ignores the strictures of the joke
entirely as she’s not an actress
and he’s never been clergy.

I do have some sympathy for him,
knowing what it’s like to really want
something, one’s toes being stuck
into the smooth sand of the draconian, the past
exactly as it should have been, the loosening
of a cummerbund after a large luncheon

as it won’t be long until the dinner
invitations arrive and here we’re lined up
at table, our sharpest knives out
alongside our plates the other side
of our various forks, glasses of wine
and water filled for what’s to come:

the flustered speech before the guests,
the sound of the rain drumming
onto the canvas of the draughty marquee,
the hope of finding a piece
of sky amongst all these edges –
two meters isn’t too much between, we should now spread the length

of this large table. And it is enough for my two-year-old
to ask what the blue thing is
in his willy. That’s a vein, I say.
Don’t worry, I say. It’s a good thing.
It takes the blood that pumps
from heart to lungs, through brain

and kidney, spreading whatever
all over, having it flow
like a dancer in the middle
of a too-short production,
not wanting the lights to come up,
to have to finally take their bow. 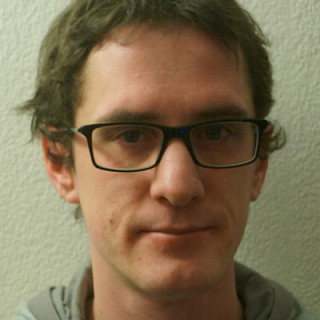 When not living under nation-wide quarantine instructions, Jack Houston can be found staffing Hackney's Libraries and teaching Poetry for Age UK. Other examples of his work have appeared in the magazines Blackbox Manifold, Magma, Poetry London, and recently highly commended in the UEA's sex-writing symposium I'll Show You Mine Prize.
on March 27, 2020
Email ThisBlogThis!Share to TwitterShare to FacebookShare to Pinterest