His name is Honey. I know it isn't important now but it was once. When he was a puppy, he was just a bundle of honey coloured fur with no other distinguishing features. It wasn't until he grew that I noticed how sad his eyes were. He wasn't like other dogs. He didn't play fetch or jump up to greet me when I came in from school. He used to lay in his basket by the fire, head lolled over the edge and eyes looking up at everyone who passed. He was my dog and yet he wasn't. He was as detached from his species as I was from mine and it should have made us closer but it didn't. We were the same. Alone but content. We wanted to be separate. Yes, Honey is important because he's the reason I realised that it's okay to be me even if I am not the same as the rest of the world. There were no tragic events that caused me to be this isolated. I'm not broken. Honey, too, was treasured like any other beloved pet. Yet we relish in the emptiness we have created for ourselves.
Honey died when I was six. We went out for a walk one day but only I came home again. I said he ran off. In truth, he was hit by a joyrider. He didn’t even try to run. I should have run too but I didn’t. I just sat down and looked at my dog. I'd never seen so much blood. The pool in the road kept inching towards me and I stared at it, feeling nothing. When I eventually looked up, the car which killed my dog was gone and I was late for dinner. When I got home, I said Honey had run after a rabbit and I lost him. My mother believed it. Honey, the dog who wouldn't move a muscle. She didn't know him at all. She didn't know me either.
You asked me why I did it but you won’t understand. Nobody understands. Honey is the only one who really understood. Life is fleeting, death is swift and there’s really no point in running. 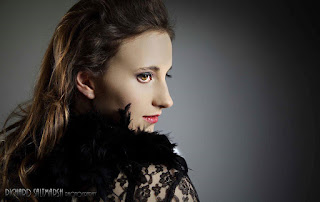 Louise Robinson works in quality assurance by day and occasionally dabbles with prose. Her debut novel is anticipated in 2021, assuming she survives working from home with a preteen during the current apocalypse.
on March 28, 2020
Email ThisBlogThis!Share to TwitterShare to FacebookShare to Pinterest