On Friendship and Immigration by Golnoosh Nour

ON FRIENDS AND IMMIGRATION

For M. For our queer times, tears, and celebrations whose memories nothing can kill.

Prologue: My Best Friend Is a Prophet.

Amongst many other things, there was also a friendship you had to leave behind to become an immigrant. And neither of you ever recovered.

There comes a moment when you realise all your other friendships in your new country were meant to recreate the friendship you already had, and some of them almost got there but not really, something was always lacking. Even though different friends serve different purposes, and one can surround oneself with as many friends as possible, to use the painful English proverb: the more the merrier!

But you did not want anything functional even, not ever having a purpose, you were just seeking that one dysfunctional friend, the one you left behind, the one who didn’t have it in them to migrate like everybody else, the one who stayed behind, proud and cracked, a soldier never returning from the battle.

Like first love, you have to accept that it will not happen again with anyone, even with better people, even if you have become a better person, a harder person, a more “successful” person, because that friendship wasn’t about better or worse, it was beyond good and evil.
That friendship was it. Your best friend was a prophet. You worshipped each other.

With your best friend, you only had to exchange a glance to know what the other one was thinking and burst into laughter not because there was anything funny but because you two were happy. You went to parties to feast on your friendship. Together, you were the party, you defined the party. You were it and everyone knew it. And you were so certain of your eternity you didn’t think anything - even borders - could wound the friendship.

Solution: Advice for the Disoriented Immigrant

Stop trying to recreate that friendship with other friends. Stop making new friends so you could tell them about your best friend. Be honest with yourself; you don’t want friends, only voyeurs, admirers of your past friendship, but nobody cares about your absurd religion.

Talk to yourself instead 24/7. Embrace the guilt, the regret, the tedious hell. Drag your disappointment from one failed friendship to the next fake friendship. From one forced conversation to the next artificial smile. To the next charming wink that is in fact an epitome of your emotional paralysis, a disability.

Leave your friends’ parties. Who are these people anyway?

Well done on looking like you have survived your migration. That you have even made it!
On the other side of the planet, laughing, looking tanned instead of brown, surrounded by foreign friends, interested faces who all look the same, what is this game?

This is not a party; it is self-harm.

You cannot listen to anybody here. To your new friends. You want your best friend who is not here, who will never be here. It’s been seven years; soon it will be ten, and you’ll both have more wrinkles and wonder why the friendship could never stop or be replaced or explained.

Leave your friends. Are they even your friends? What is a friend? Why did it only happen to you that one time? Why was it like an earthquake that you couldn’t get enough of? That you will never get enough of.

You are still shaking. Look at you, pathetic! A crooked plastic fan in summer heat.
You will always vibrate. Stop feigning strength.

Be proactive
Shatter your other friendships, leave.
Isolate your body and repeat to yourself
it
will
not
happen
again. 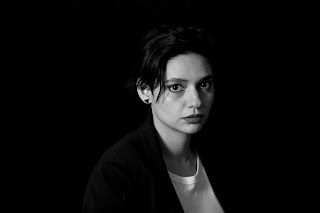