Something Red by Jonathan Kemp

SOMETHING RED
In the swimming pool I spat out something red. I looked at it a while and then forgot it. If we look at all the intellectual undertakings of humankind, as far as they’ve been recorded all over the world, the common denominator is always to introduce some kind of order. It’s extremely important to find out if there’s a difference and, if there is, what kind of difference between traditions collected from the outside from those collected on the inside, though as if they were collected from the outside.
This story, despite my best efforts, freed an anguished memory that had been haunting me ever since the world began. An alienated human subject is born, a silence gifted with speech, oscillating between unthinking unity and reflective dislocation. Body and soul at war.
Life consists of burning up questions. Desire comprehends blindly by linking body to body. There can be no potentiality where there was no expectation. You who have nothing left must nevertheless find something to eat and drink to build up your strength for endurance and yet more endurance in the teeth of all possible logic. You’ve said what you’ve said, that is all, that is enough.  These moments are candles to be snuffed out until the dark swamp out of which you crawled reclaims you in a process not dissimilar to digestion or entrapment. You’ve loved all the wrong things, but the dust that’s thickened on every surface of your worthless past can be made to shine if the timing is right and the downdraft of an angel’s wing is allowed to disturb the fine covering of grit that kept you alive this long. Crows land on your face, refuse to move, refuse to be silent, too. Their chorus gives you nightmares, but the alternative reality provided by these nightmares is a comfort, a blanket, that allows you to continue breathing despite your best efforts to expire without fuss and cover your tracks with the flight feathers with which all of us are born and few retain beyond puberty. As the waters rise, you realise there is no one here to teach you how to swim.
You’ve tried to kill the heart many times, but it stubbornly refuses to die. That battered little muscle keeps reaching out for something, not even him, necessarily, the object of your love, for didn’t he treat it with such cavalier disregard sometimes it made you doubt that this is love at all. But still your imbecile heart sits with arms outstretched, pleading.
Ignore it.
As forests burn, so does your heart; that heart you plucked from the cosmos at random and used to give some substance to the candyfloss that rotted your teeth and left you standing at bus stops in the dead of night offering blow jobs to any passing man. The wave isn’t complete until it’s dissipated on the shore.
After you’ve fucked under a sky of timeless time, eruptions, interruptions, the insignificance of lust, you will replay each kiss, each position, each moan, recalling the ecstasy on his face as you both got exactly what you wanted.
I’m aware of dangerous forces lurking within me. The appetite for singularity and the attraction of the forbidden.
You realise that you will always throw love out of the window for you know too well  what comes afterwards, when it fails. The carnage. Your wisdom is as spurned as chaos. The body a treasure to be squandered.

Your tiredness and isolation balance each other, alleviated and aggravated in equal measure. He leaves. Leaving holes in a text is a form of seduction. Mystery is the clarity you’ve found. Beyond the extinction of human life lies what? The promise to do better? A comedown is the price of every high just as grief is the price of every love. The only conclusion I can draw is that the whole world has gone mad. This thought strangely soothes me.

During the Mercuralia, merchants sprinkled water from his sacred well near the Porta Capena on their heads.

Graceful, clever, and quick, he makes me feel slower than a glacier. Eyes black and unfathomable as a phone screen. I see infinity if I look too long into those inscrutable eyes. I feel exposed to their gaze, like he can see me in a way that I can’t see myself. What do those eyes see when they look at me?
How could one today approach the question of how to live an ethical life? How much can you tell about a person from the size of the lines of coke they rack out? 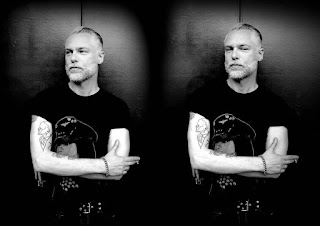 on April 18, 2020
Email ThisBlogThis!Share to TwitterShare to FacebookShare to Pinterest