the question of how to draw for true parlance

as for my mum I couldn’t do the surprise

it was too dangerous for the times

the window is thick with your lack of vision

so much of what we had to look forward to

bleeds itself out in the lines

for bumping into the couple who panic ate & scarpered

for the lightness of my piss

yes as a question

the growing ends & the maximum

as if the world spins on an axis

tips cleaved to our lovers’ tip

to those of friends of sister & brother

of the slowly growing tending of father

but when the teacup explodes in the poem

I will actually fight everybody

said the wrong manor cat to the rapper in the bath

is literally this whole neighbourhood trying to build a pond

at least let me shit on the soily beginnings

I hate cats said the rapper & stop talking like that

the cat sidled up & stuck his arse on a spindly

spiralling arm of the galaxy

this poem has got out of control said the rapper

what happened to the pond

what happened to the fight

or the fact that the cat was in the wrong manor

& then I remembered everything that was happening in the world

was happening inside my body

in the living room

in our sexy times

the dirt under my nails from digging is full of it

sunlight through the lemon balm is full of it

the giant hole opening in the ozone layer

the way it resembles a holiday

with the wrong people cooking the wrong breakfast

blue curds lapped at in the moonlight

approximates the desire to commune

the Dolores Umbridge of existences

somehow even more so with the sock & tarmac tip toe

twenty thousand pennies up a morsel

this lacks as much as I am such to live with

I squirm at the name of justice

a thing from a whole nother household

a patent lack of tasks leaves me gagging at the roaches

when did Wensum Park get necrophiliac ducks

if this fly continues its business

I am liable to do something I hold value against

namely imagine getting killed by a rich & lazy giant

not that the fly may be glory seeking

but if it is

& invite the fly to Valhalla

Cai Draper is a poet living in Norwich. His work appears or is forthcoming in publications from Bad Betty Press, Lighthouse, Burning House Press, Tentacular & Lammergeier. He organises free poetry workshops at the Book Hive. @DraperCai

Pandemic. (Regrets for my old dressing gown*) by Charlotte Northall

It’s 10:30 am and I am back in bed. Blinds down. Swiping and bashing away at the screen of my phone. I’ve taken off my dressing gown and tied a knot in the arm, which I strategically mash myself against. I have elected frottage as my one form of daily exercise: A hommage aux Francais. Nothing new here, but now it counts. At the beginning of the week the dressing gown was cream. Now it is brown with spilt food and menstrual blood. The windowpanes are loose and the heaters sap cash so I’ve been wearing a hot water bottle belted to my stomach to keep warm. This distends the front of the grown, transforming it into a floor a length bib. The artificial girth is exalting. I feel cavalier and excessive. Lurching about my flat like a Flemish Master, drunk on the play of light. Rembrandt in his latter years.

I haven’t even reached the bang in ‘interracial gang bang’ when ‘corona virus’ is suggested as a trending search on Redtube. This feels like finding a message from God spelt out in my own turds. The most private part of my brain, ancient and recessed, the spot ordinarily reserved for the solitary perusal of smut, has been invaded. A mirror has been cast into my cave: The word ‘DEATH' printed across its glass. In an unequivocal Sans Serif font reserved for public health announcements. For the first time I see myself as I am. An animal, born to die. It’s like simultaneously driving a car and running oneself over at the same time. It is only at this moment that I understand: What’s happening in the world right now is real.

I developed a dry cough a few days ago. And a vicious headache. The gavel-to-temple variety. Like a wine and whisky hangover, without the retching and regret. Alongside the cough and the headache, come flashes of heat. One night I wake up chilly at 4am. Without a thermometer a temperature remains speculative. I do not own a thermometer. I can only imagine the kind of person who might: Parent, hypochondriac, nurse. Not me. Three people I met recently have tested positive for coronavirus. One, rich enough to buy a test. The other two, a couple who fled London with their baby, received tests upon entering Germany. If not definite, it’s probable I have it. I do not worry for my survival. I am robust. A hardheaded cockroach.

Still, I don’t need an excuse to stay inside. With a few exceptions I dislike people. Not enough to want to kill them, but it doesn’t cause a great deal of pain to be physically parted from society. All the mindless productivity and consumption sets me on edge. Friends are disturbed by my empty flat. Bare walls, no carpet. An anchorite’s taste in home furnishings. Ordinarily this reluctance to participate, to decorate life with any absorbent trappings, material or otherwise, casts me into a kind of margin. Now, for the first time in my life, this still indifference is regarded not as lazy or suspicious, but brave and responsible.

A couple of days’ meditation on death and all I can think about is fucking. This seems a healthy if primitive reaction to abstract mortal threat. Sex and death have always been connected in my mind. Sex and violence too. Preferably at the same time. Moving between the bathroom and the bedroom and back again. Hot, coughing, smelly. Brown robed. Jostling through a priapic jungle of throbbing pricks, salty ravines and glistening thickets of oily pubic hair. Fornicate in the face of death! Fuck the pain away! I’m on the edge, Godless. My genitals seem to be sweating constantly. The sexual obsession is twinned with a sense of existential ennui. Maybe I’m eating too many eggs.

Every time I approach one of the three interior doorframes contained within my flat I stop. I have forgotten why I am passing into the next room. The need for reason remains. The vertical jambs are transfigured into giant pearly joists. I try to find a narrative to my life. 32 lamentable years. Addictions, poverty, institutions. A short-lived religious conversion. Can this be it? Deeply unsatisfactory. It’s been 6 months since I left a monastery and returned to society. 4 years’ religious incarceration. 4 years’ ripening the same old stupidity. We do not change, we age. Tonsure is supposed cut desire off at the root. Now my hair is growing back. With it, illusions, desire. I do not want to die like this. Alone, but for hirsute dreams and half baked answers in this draughty, condemned flat. Awaiting demolition. Even the mice have moved out. I need guidance, I decide to worship the Pompeii masturbator, embalmed in a sheet of calcified ash, cock in hand. What an honest symbol of humanity. 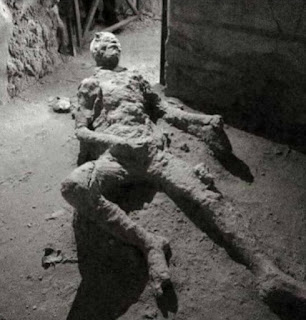 Title taken from Denis Diderot’s essay, ‘Regrets for my Old Dressing Gown, or A warning to those who have more taste than fortune.’ https://www.marxists.org/reference/archive/diderot/1769/regrets.htm 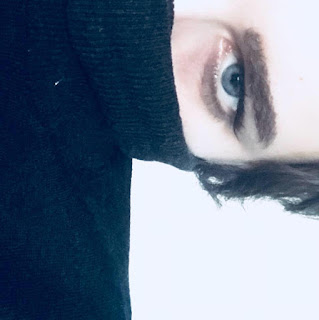 Charlotte Northall incurred debts at Goldsmiths college, lost years, sampled facilities, Masters degree in creative writing at Birkbeck. Dropped out of a doctorate to spend 4 years deconstructing in a Zen monastery. Working on a collection of short stories. Novel to follow.