The sky is so tight I want to puncture it with my eyes.

All the boys I wanted

turned up in my mother’s funeral

in masks and niqab and no this did not

Every woman I’ve ever loved plunged

her pens deep inside my smoked out lungs

And sucked my blood

it was not hot

I have war fatigue but my frustrations make me strong

Been there and done that, selfish and selfless, I smirk and the sky is sable-black

Fucked. I am filled with filth and this knowledge

makes me a nervous saint. 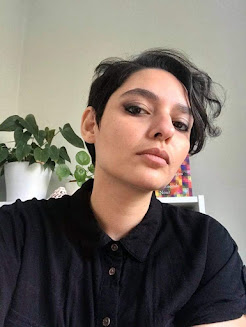 Dr Golnoosh Nour is the author of Sorrows of the Sun (2017) and The Ministry of Guidance (2020).
http://www.golnooshwriter.weebly.com/

on August 21, 2020 8 comments:
Email ThisBlogThis!Share to TwitterShare to FacebookShare to Pinterest

Nina Power is a poet and philosopher whose recent work, Platforms, has been published by Morbid Books. It is a beautiful and brilliant work. 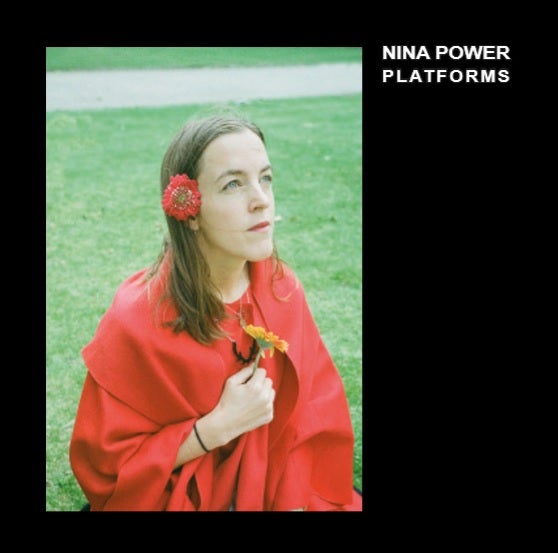 How did your new work, Platforms, come to be written?

It was originally written not to be published, but rather as something I felt compelled to do. After a particularly intense few days away with the man addressed in the text, I found myself alone, jetlagged, heartbroken and in a state of such unbearable despair that writing a letter to him seemed to be the only thing I could do. I think it says something about my relation to writing that this was the only kind of solace I could get – not in sleep, not in drugs (although sometimes that ‘works’, sort of), not in the company of anyone else, but only in trying to capture exactly what it was that I was feeling – this crushing combination of love, being spurned, confusion, asymmetry, anger, abjection.

In retrospect, it seems obvious to me that it was a way of remaining in contact with someone I was at that time not in touch with (he had returned to his usual set-up, and we’d agreed not to contact each other for a while). It’s a series of increasingly delusional attempts to try to rationalise an extreme emotional state. I’m trying to draw on all these different resources – Philosophy, poetry, nature, words, in order to try to put things in order, but everything is scattered and fucked and gloomy. ‘It has no plot’ as my friend Manick Govinda put it. It really doesn’t. It’s just open-ended and broken, though I try to be optimistic at the end, which I think makes it even sadder!

I was in touch with a male artist the other day, struggling with heartbreak and rejection, and he pointed out that it doesn’t often get discussed in any real way, as if we’ve all overcome such pathetic states, as if we’re all just moving onto the next thing, selling ourselves, circulating our bodies, back on the apps, or whatever. But this shit is crushing! It does an injustice to these states of being to pretend they aren’t brutalising. I think probably everyone has had an experience of being in love with someone, feeling this great lack, and the other person doesn’t really know what to do with what you’re trying to give them – either they don’t want it or they can’t accept it (love is giving something you don’t have to someone who doesn’t want it, as Lacan puts it).

I cried a lot in the past two years, firstly because I had to get over my original and deepest boyfriend, alcohol (in the form of red wine), which had been a two-decade love affair. Dionysus was a cunt to me, but I loved him. There’s all this abjection there too. I transferred a lot of worship and self-abnegation, but also pleasure, let’s face it, and pleasure in abjection, passivity and submission, from this bastard to another man, and a lot of life seems to me to be swapping one obsession or addiction for another. It’s really hard to find balance anywhere – it’s almost a miracle when you do. It makes you believe in God, if you can make it through to that point.

The text also has this positive side, I suppose I should mention, which is the love of nature, and being outside and the delights of dialogue: it’s not all about being on my metaphysical knees.

I’m really interested in female states of suffering and masochism. Feminism for me is not about success or getting status in this world. On the contrary, it’s about the freedom to fail, to fuck up, to be a loser, but autonomously, in a liberated way! Deanna Havas often makes this point very well on her Twitter about not an either or (kids or a career!) but rather a neither-nor: neither a tradwife nor a perky capitalist artist, but just a fucking loser, who everybody hates. I think this is real historical emancipation, genuinely. 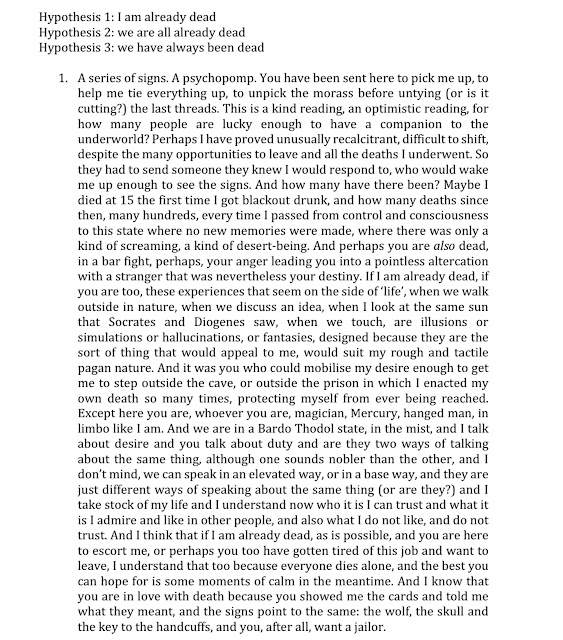 Ballard was obsessed with his obsessions as a basis of his work. What would you say is your obsessions or recurring themes?

Writing itself, first and foremost, which is something I’ve done pretty much everyday since I was ten. I kept a diary every day from the ages of 11-21, then a blog for eight years, plus voluminous amounts of poems, notes, stories, letters, posts, articles, etc. I have recently started reading my diaries out loud to someone else from the very beginning, having not looked at most of them since I wrote them, and it is absolutely uncanny to reencounter oneself from thirty years earlier, the everyday mundanity of all the things I recorded, whose reality partially comes back to you as you read them. I love how jaded and world-weary I am at twelve, in stark contrast to the enthusiastic and in some ways highly naïve adult I became.

Who is Georges Bataille to you?

I find Bataille fascinating because he is impossible to pin down or reduce to any of the schools or tendencies around him, although is proximate to so many of them. He’s just permanently oppositional and disagreeable, and profoundly insightful, and relentless, which characteristics I suppose I admire in the people I adore. He has this really violent relationship to the history of thought which just turns everything around in extremely convincing ways, making the universe seem both more rotten and more beautiful than it did before. 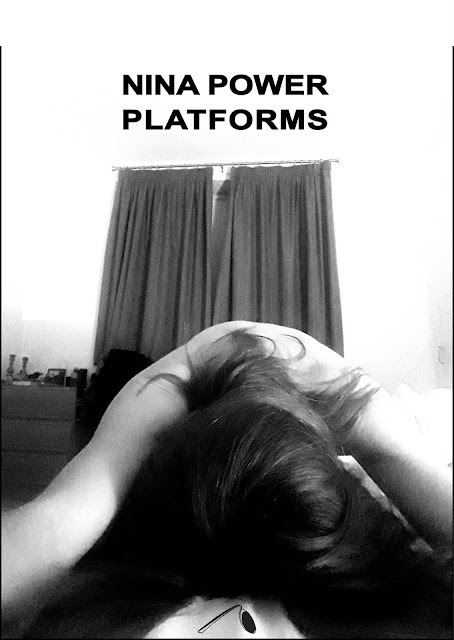 Bataille was a pornographic writer as well as philosopher... do you see any relation between pornographic and philosophical writing?

After Sade, there is no escape from philosophy being in the bedroom, or the bedroom being in philosophy. This goes double or maximally for politics too: you can’t dissociate libido from politics, which is what Bruno and Hobbes and others understood about the relationship between desire and political control (or ‘magic’) many centuries before.

All thought is a desire: all desire is a thought. In order to understand the ways in which it is possible to dominate people, or to be dominated oneself, it is necessary to understand one’s own desires in these regards: they are completely connected, there is no getting away from it.

What does having tarot as a phone app tell us?

That magic comes in many forms. And that we live in a bastard, gnostic age in which people, if they learn to pay attention to nature of all kinds, including our own nature, which also includes our desire for technology and the artificial, can get a grip on things to a much higher degree than their cynical, miserable selves might imagine.

In a recent podcast, you defended ritual in relation to Bataille's early work. Do you see an importance to ritual?

I think it is absolutely important to invent your own rituals, to design your own contracts to sign with other people, engage in various forms of nature worship, sexual rituals, reverence and gratitude, I think that entheogens and nudity are life-affirming and health-giving, and that you should never use your thoughts to do harm, because it is much better to understand, be passive and receptive and to not be a Satanist (egoist), which just seems to me to be a position that misunderstands nature completely, and is also really boring. But demons are real.

Only that I really liked your poetry book, The Death of a Clown. I read it in a park where I also did some yoga, and watched some old guy admire me flashing my pants. I think you have an utterly excruciating, beautiful and brilliant way of capturing the relationship between perversion, self-deprecation and intimacy. And it’s really funny. I think everyone should read it. 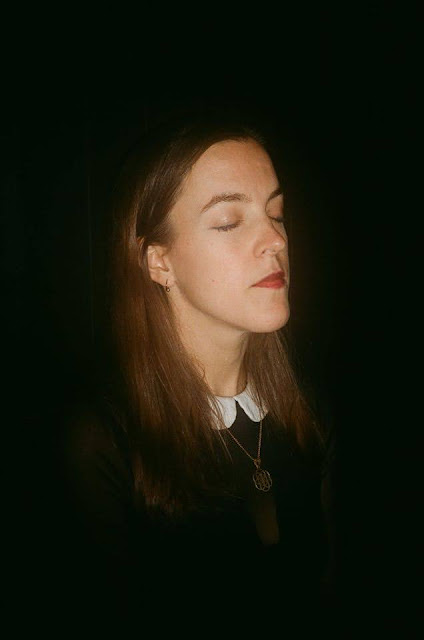