Chris Kelso has a startling original voice who crisscrosses genres from horror to sci-fi, from transgression to nonfiction works. Here we talk about his new book, Burroughs and Scotland. 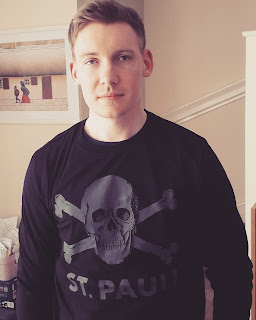 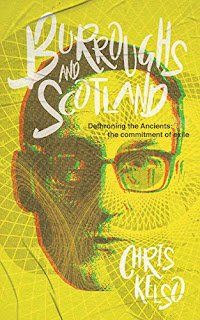 Beatdom Books has recently published your monograph, Burroughs and Scotland, how did this work come out?

Well, as someone who has been totally obsessed with Burroughs for years it just made sense to locate a connection. I have always discussed WSB in my work – and his creative philosophies underlie, even motivate and dictate, my fiction. Although I’m aware of the abstract notions of borders and the complete fallacy of nationalism, nonetheless my identity is shaped by my experience of being ‘Scottish’. Being Scottish, like in any other country, means a set of specific cultural values are imposed upon you from birth. It just so happens that the two seemingly disparate subjects (Burroughs and Scotland) have been inextricably linked for decades. I felt like I might be the man to explore and document this forgotten chapter in a committed way.

You suggest that the serial killer, Peter Manuel, inadvertently prepared the ground for Burroughs’ work in Scotland. How do you understand this?

Really he was just a spiritual precursor to a seismic shift in the collective psyche. An American-born Scot who came over and caused a fuss by killing a lot of young women. There was a lot of animosity and mistrust among Presbyterian Scots and American towards interlopers like Manuel and Burroughs. Scots can see and relate to the same possessing ugly spirit they both harboured. 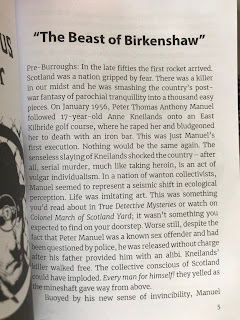 Who is William Burroughs to you?

How do the themes of your work and Burroughs crossover?

Well, we both deal with identity and struggle. We both deal with yearning and deconstruction. We live in the darkest corners of our own minds and are incapable of compromise artistically. There’s also a bit of genre-hopping going on that we both share, but I learned a lot of lessons from WSB about stretching out my own flaws and wounds and reanimating them with some kind of new creative energy.

What is your favourite work by Burroughs?

It sounds so lame to say it but I love Junkie. I have such nostalgic affection for it, being the first work of Burroughs I ever read front to back. It’s very linear and autobiographical, and there could be a case made that it’s his least innovative work – but I don’t care. It’s spectacularly written and is a great jumping off point. The Soft Machine and The Job are close seconds.

What three books would you mention outside of Burroughs?

I’d mention Lanark by Alasdair Gray, Hogg by Delany, and The Sluts by Dennis Cooper.

You mentioned Alexander Trocchi, who was a very early influence on me, how has he influenced you?

He was less of an influence. He wrote a few lovely books – Cain’s Book, Young Adam, and the pornographic novel for Maurice Girodias’ Olympia Press, White Thighs, are all divine gems – but he wrote so sparsely and so infrequently that his roll feels thin. Trocchi was a great prose stylist, but a horrible human being. His connection to Burroughs is far more interesting than anything else about him (to me at least).

Burroughs was very influenced by dreams. I wonder if your dream process has influenced your work?

Absolutely. I have profoundly vivid and disturbing dreams, I always have. I feel so doused in their residue when I wake up yet my conscious memory squashes them minutes later and they disappear into the abyss of my cluttered prefrontal cortex. I think I am still haunted by the ‘feeling’ or ‘residue’ from my early childhood nightmares that they informed my later writing. But it feels intangible. Hard to explain. I know I was warped and traumatised and that my brain contuse to throw up hellscapes whenever I close my eyes, but because they are so spectral, so transient that it’s hard to speak about in any cogent manner. For sure my psyche is burned and scarred by bad dreams.

What are you working on next?

Interrogating the Abyss is coming out soon, another non-fiction collection of essays and interviews. Beyond that, I have a few things in the vague distance, but nothing set in stone. Some of it is very exciting though.

on May 31, 2021
Email ThisBlogThis!Share to TwitterShare to FacebookShare to Pinterest