All of France knew that the Prince of Bauffremont had more or less the same tastes as the cardinal we mentioned earlier. The Prince had been given a very naïve young woman in marriage, a young woman who, according to custom, had been instructed regarding her daughter’s wedding night duties, by her mother, of all people, only the day before the wedding.

– Without further explanation, her mother had said, because decency prevents me from going into certain details, I have only one very important thing to recommend to you, daughter. Beware of the first request that your husband makes in the bedroom. Say very firmly to him: No, sir, that is not the way that an honest woman comports herself. You may avail yourself to anywhere else as much as you like, but with regards to that, no, certainly not...

Not entirely certain as to what anywhere else referred to, (actually, completely confused on that point), the young woman nonetheless went to bed that night determined to use her mother’s interdict, should it be needed.

They lay in bed and the Prince, in order to demonstrate principles of honesty and decency which no one would have suspected he even possessed, requested thatTH they do things (at least for the first time) in the traditional manner. In other words, he merely offered his wife the chaste pleasures associated with the hymen.

But the newly-educated young woman immediately recalled her mother’s advice, and hastily deploying all of her resolve, she said to the Prince:

– No, Sir, that is most definitely not the way that an honest woman comports herself. You may avail yourself to anywhere else as much as you like, but with regards to that, no, certainly not...

– But, Madame… the Prince protested.

– No, Sir! No matter how hard you may persist, you shall not alter my decision!

– Very well, said the Prince, confused, but nonetheless impressed by the similarity of his bride’s taste to his own, and by her single-minded insistence on him providing her with that pleasure.

– Madame, I sincerely hope that it will give you the same satisfaction it gives me. I should be very upset and angry if it were said that I had done anything to displease you!

Without further ado, and following her interdict, the Prince drove his manhood home between the twin globes of his bride’s beautiful derriere.

And let it be clearly stated that it is best if mothers do not to instruct daughters who are newly-married as to what duty they owe their husbands.

The result will inevitably be consternation, with the daughter possibly resenting her mother for some time after. 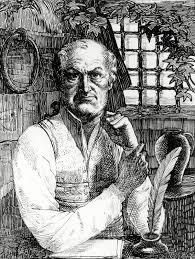 Donatien Alphonse François, (Marquis) de Sade (2 June 1740–2 December 1814) was a French nobleman, revolutionary politician, philosopher and writer famous for his novels championing libertine sexuality. His works include novels, short stories, plays, essays, dialogues, and political tracts. In his lifetime some of these were published under his own name, while others, which de Sade denied having written, appeared anonymously. De Sade is best known for his erotic works, which combined philosophical discourse with pornography, depicting sexual fantasies with an emphasis on violence, suffering, crime. These works include The 120 Days of Sodom, Philosophy of the Bedroom, Juliette and Justine. De Sade was a proponent of absolute freedom, unrestrained by morality, religion, or law. 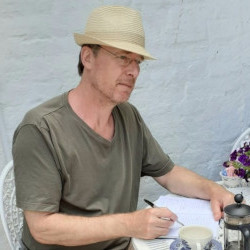 RJ Dent is a poet, novelist, translator, essayist, and short story writer. As a renowned translator of European literature, he has published modern English translations of The Flowers of Evil (Baudelaire, The Songs of Maldoror (Lautréamont), Poems & Fragments (Alcaeus); The Dead Man (Bataille). As a poet and novelist, he is the author of a poetry collection, Moonstone Silhouettes, a novel, Myth, and a short story collection, Gothiques and Fantastiques.
RJ Dent's website
on July 13, 2021 No comments:
Email ThisBlogThis!Share to TwitterShare to FacebookShare to Pinterest
Newer Posts Older Posts Home
Subscribe to: Posts (Atom)